Health & Safety Update: Texas is the Center of the Safest Zone in the U.S.

According the the latest data from the CDC, Texas ranks among the lowest states for COVID cases and the highest for vaccines--encouraging news as buyers and exhibitors plan summer travel to markets.Texas and its neighboring states are in the lowest COVID case count geographic zone in the United States.

Among the 50 states, Texas ranks 40th in new cases. Texas' 7-day moving average, according to the CDC, has dropped 6% in its latest report. Adjacent states including New Mexico, Oklahoma, and Arkansas rank even lower in new cases.

In the race to vaccinate as many people as possible and protect their health, Texas ranks as the #2 state in vaccines administered. The Lone Star State has already fully vaccinated 10 million people and is vaccinating approximately 200,000 citizens per day. Dallas Market Center is also doing its part: strict safety protocols remain in place at the vast market center; and the largest vaccine site managed by the University of Texas Southwestern Medical Center serving its patients is located in Market Hall on the campus of DMC. 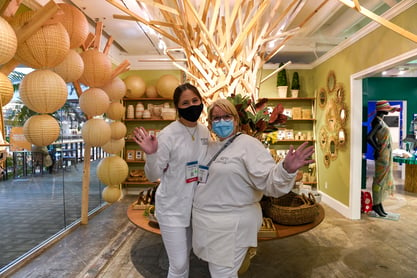 Appearing on CBS Face the Nation, former FDA chief Scott Gottlieb voiced confidence: "I think that these declines we're seeing are really locked in at this point. So I don't think we need to be as worried that as we take our foot off the brake, things are going to surge again."

The encouraging data from Texas come as 1 in 3 U.S. adults are fully vaccinated and as more than one-half have received at least one dose, according to the CDC.

See the map below: light green shows Texas and surround states are in the lowest case zone in the United States. 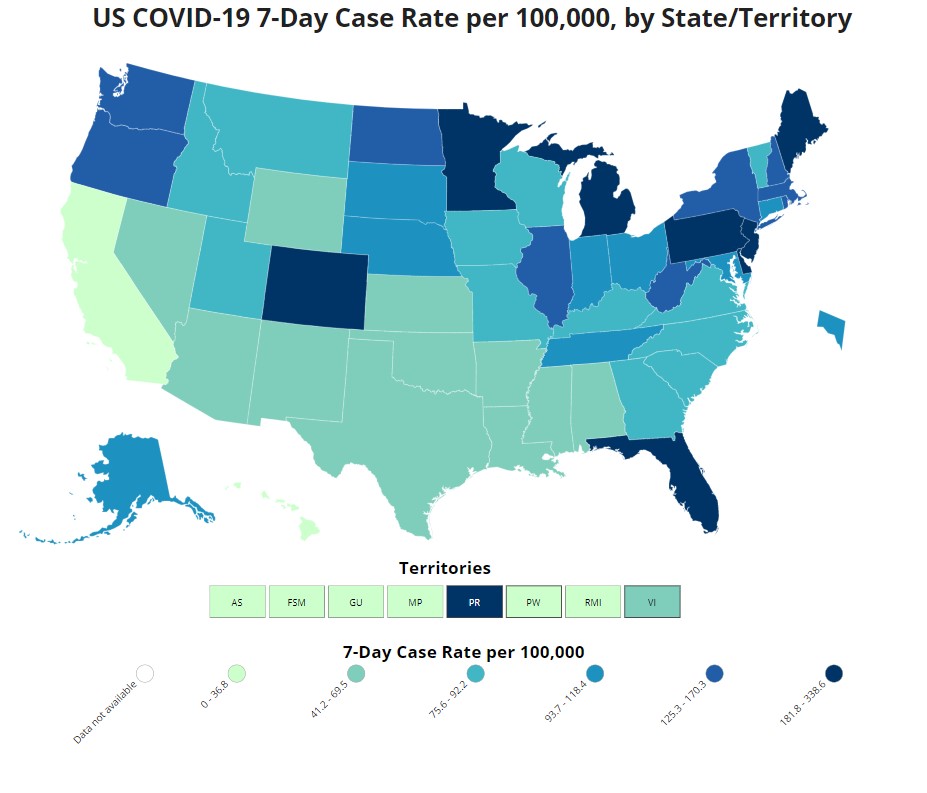