When Steve Martin told the world, “Let’s get small” it’s doubtful he had the world of retailing in mind. 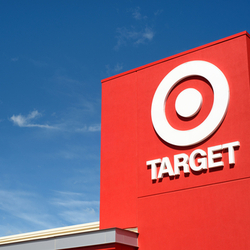 But getting small – as in big retailers who normally operate massive locations moving into much smaller outlets as a way to service different areas in the age of Amazon – is rapidly becoming one of the bigger trends in the business now.

Big Box retailers like Target, Walmart, Ikea and most recently Meijer’s are all in various stages of developing smaller store formats. And while we’ve seen little of it in dedicated home furnishings stores and lighting showrooms, these general merchandise retailers often point to future trends for the business.

These pared down formats have several advantages

Target is probably the furthest along on the small-store path, with 23 locations in 13 states, including ten that have opened in the past year. These stores feature an edited-down assortment compared to what one would find in bigger Target stores, include home furnishings and the company has said it is pleased with the results of this program so far.

For Walmart and now Meijer’s, the small-format stores are primarily for their grocery business. Walmart has tested various formats over the years and is now testing one under its Sam’s Club brand in Dallas. Miejer’s will open its second such store this January in the Detroit suburb of Royal Oak, MI. It will carry the Woodward Corner Market brand.

Ikea is testing a number of smaller locations, a major change of course for the retailer that has focused on giant, out-of-the-way locations. It opened its first “city center’ unit in Manhattan this past summer and has several more in Europe, often just focusing on a single category.

The Ikea test stores are particularly relevant for furnishings and lighting retailers grappling with how to adapt to changing market conditions. While the industry has long believed that bigger is better, “Think Small” could be something worth checking out in 2020.