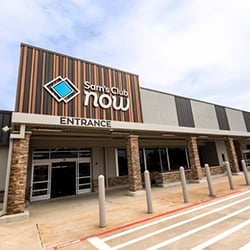 It’s funny how sometimes science fiction becomes reality without most of us even noticing. It’s happening right before our eyes with driver-less cars, but much closer to home there’s the rapidly developing retail model of cashier-less stores.

It probably began with self-service gas stations, moved on to automatic toll lanes and then self-check-out lines at the supermarket. But the move to cashier-less retailing has only truly emerged in the last 24 months. We’re not seeing it in the home furnishings business yet, but it seems inevitable that its day will come.

Like many things in retailing these days, Amazon is considered the first to truly embrace the concept of stores that had no check-out process whatsoever with its Amazon Go program. Shoppers simply logged onto their Amazon apps on their phones before entering the store, gathered up whatever items they wanted and walked out. No muss, no fuss.

And if sometimes you felt like a thief when you shopped there, not to worry: The purchase showed up – accurately in the overwhelming number of cases – on your Amazon purchasing history.

The e-commerce giant, which has been aggressively moving into physical retailing, began Amazon Go as a test at its headquarters campus in Seattle but has since rolled out a total of 18 stores, many in urban areas like midtown Manhattan, Chicago and San Francisco.

Amazon Go stores are similar to convenience stores like 7-Eleven in their food-oriented assortments, but the idea of these automated stores is now spreading. Sam’s Warehouse Club is testing a similar concept in Dallas called Sam’s Club Now that uses an app-based self-check-out process. And while the majority of products for sale are groceries, there are some general merchandise items like housewares and home décor.

Could lamps and lighting be next? Stay tuned